Jerry Jones of the Dallas Cowboys Has No Alpha!

What does selecting investments in a 401k plan have in common with being a GM of an NFL football team? 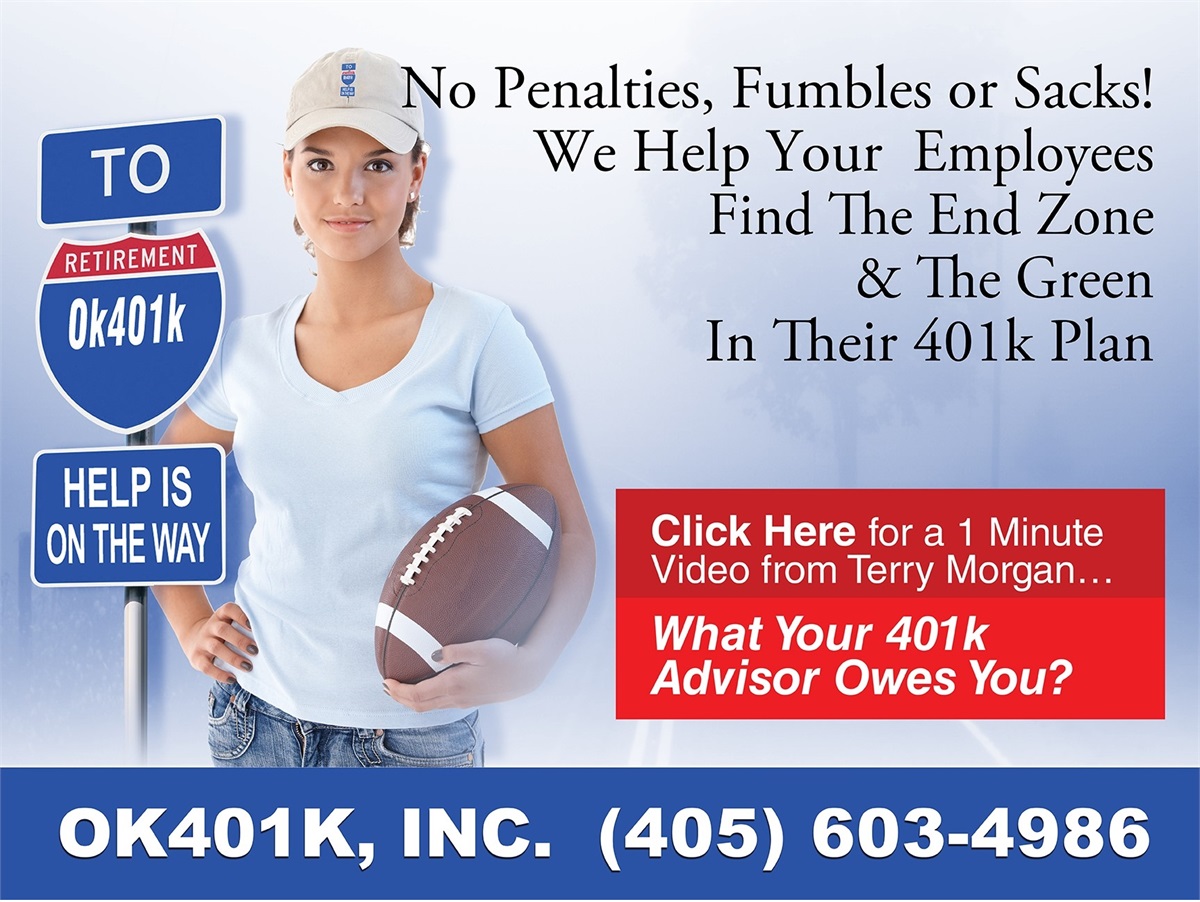 Consider Dallas Cowboys’ owner Jerry Jones’ track record as a football talent picker. Twenty-two years have come and gone since the Cowboys’ last Super Bowl victory: Jerry Jones’ history as the Cowboys’ general manager is that lackluster. If Jerry Jones were a fiduciary advisor for a 401k plan sponsor such as Ok401k, he would have been fired years ago.

The saga of Jerry Jones and the Cowboys’ disappointing on-field performance offers so many parallels, so many lessons on the importance of selecting a capable 401k fiduciary advisor for your company’s 401k plan.

An NFL team’s general manager is judged by whether or not he signs enough players with above-average talent for the team to win more often than it loses. A Super Bowl victory is a general manager’s ultimate accomplishment.

Sadly, similar conflicts of interest exist with many vendors that sell 401k plans. Those companies continue to offer below-average investment options in their plans because those investment offerings are their own proprietary investments or enjoy higher revenue sharing. Vendors fail to serve in a fiduciary role; they fail to put the 401k accountholders interests above their own interests. Employers and employees enrolled in such plans get cheated and employers have no idea who has their best interest.

A classic example of employers getting fooled is Target Date (TD) funds. Over 70% of all 401k money today is being deposited into these automatic portfolios that manage the employees’ money based on the year they are going to retire. Sadly, most employers and their broker take the 401k vendor’s proprietary TD fund without researching if the TD fund is appropriate for their employees.

Do you think Fidelity is going to recommend Vanguard Target Date funds or vice a versa? How about American Funds recommending T Rowe Price Target Date funds? Of course not. In fact here is one of the easiest ways to figure out if you have a real 401k advisor. Ask your broker what criteria were used to select the TD funds in your plan. If the broker just says they have the “best returns”, you have Jerry Jones as your GM on the 401k plan.

Specific Experience and Expertise are Crucial

When Jones bought the Cowboys in 1989, he hired Johnson to be the team’s head coach and gave him general manager responsibility for identifying and signing talented football players.

Jimmy Johnson drew upon expertise developed during decades as a successful college football coach, where he was entrusted with recruiting above-average players every year. He was well-prepared to function as the Cowboys’ general manager.

Under Johnson’s direction, Emmitt Smith, Troy Aikman, Michael Irvin and other talented players were signed as Cowboys. Thanks to that plethora of talent, the Cowboys won Super Bowls in 1993 and 1994. Johnson was fired following the 1994 victory due to clashes between him and Jones. The Cowboys had amassed enough talent under Johnson’s watch, however, that they won another Super Bowl in 1996.

The players Johnson had signed grew older and their on-field performances declined as that 1996 Super Bowl win faded further into the past. Jones failed to bring in enough younger, above-average players to keep winning, even though the Cowboys had become one of the NFL’s most lucrative franchises.

Specific 401k plan expertise matters so much. Most employers have zero training on being a fiduciary advisor. So, like any good NFL owner, they hire a qualified general manager, or in the case with offering a 401k plan to the employees, a qualified trained fiduciary advisor. This advisor has training under ERISA (Employee Retirement Security Act of 1974) and the advisor signs personally as a fiduciary to the plan.

Many insurance agents and stockbrokers pretend to perform this function but in reality, are off loading these fiduciary responsibilities to someone else. For example, some brokers circumvent being a “real” 401k fiduciary advisor by relying upon fiduciary vendors you may have heard of, such as Morningstar, Wilshire, Iron or Mesirow. Do you recognize some of these names as serving your 401k plan? If so, you are being gouged by a fake broker because someone else is selecting and monitoring the talent offered to your employees.

Yes, those companies are great national fiduciary advisors, but then why are you paying the local broker-advisor in the 401k plan? This is equivalent to dining at a world class restaurant expecting a real chef to cook for you, but instead having a dinner prepared by the fry cook.

Alpha, Costs and Other Measures must be Recognized and Evaluated

The cost incurred with purchasing and retaining an investment is a crucial concern as well. Too many mutual funds or other investments charge investors high transaction or management fees. Those fees drag down investment performance for individual investors.

While Jerry Jones’ record in selecting players is generally dismal, Cowboys’ quarterback Dak Prescott’s outstanding 2016 rookie season illustrates what can happen with a combination of positive alpha and lower cost.

Prescott was called upon to take over for the injured Tony Romo in 2016 and he played as well as the league’s best quarterbacks. He had a high positive alpha rating. Prescott was a fourth-round draft choice in 2016. In terms of cost, Prescott turned out to be a bargain. Jones made a great choice.

Fi360 is applied to each investment offered in a 401k plan, including mutual funds, exchange traded funds (ETFs), annuities and other accounts. Each investment is then assigned a proprietary Fi360 Fiduciary Score. That score rates the investment’s suitability as a prudent investment choice.

Above-Average Performance will Compound over Decades. Unfortunately, so will Underperformance.

The 401k plan you offer to employees is such a vital benefit. It helps attract and retain valuable individuals for your company. It demonstrates you care about the future wellbeing of your employees. For employees, the 401k plan balances are typically the largest source of retirement income they will have. Our goal at Ok401k as an advisor is to help employers increase participation, increase employee deferrals and improve employee quality of investing.

As with the Cowboys, a 401k plan requires continual monitoring. Superstar NFL players grow older with each season. Their performances may fade. At some point, they all retire. Great mutual fund managers and other investment pros may also falter. Eventually, they all retire as well. Replacing top-notch talent with top-notch talent is essential for positive long-term 401k plan performance.

Choose wisely, for present and future benefits. If in doubt, contact us. In the past 20 years Ok401k has developed a world class benchmarking tool that not only analyzes investments but looks at the service and overall expenses you and your employees pay to invest. Since Ok401k is not owned by any bank, mutual fund, TPA or insurance company, we have no conflicts of interest. We can tell you how your current plan rates against its peers and what opportunities for improvement exist. Be the New England Patriots – with five Super Bowl victories since 1996 – and not the Dallas Cowboys. Hire a real fiduciary advisor for your plan.