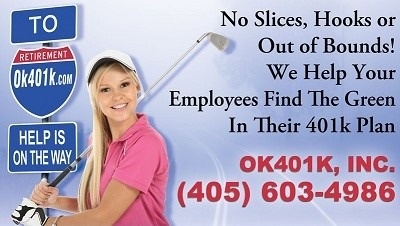 Is Woke Investing In Your 401k Plan?

The holiday season is upon us; from story time with sorely missed grandchildren to laughter with friends and family over long-cherished memories, there's little doubt that "the most wonderful time of the year" has arrived.  Are you looking to make a political statement at the holiday table?  Is it appropriate?  You know that you and your favorite Uncle like to tussle a lot on what political party is screwing things up these days. So, is it appropriate to bring politics, religion and sex into a fun family get together when you know there are family members who will disagree with you?

For me coming from a family of 11 our holiday meals at the Morgan family were chock full of potentially strong opinions.  Sometimes they got a little heated.  Which leads me to , this season is a time of reflection and connection as we bid farewell to the old year and look, with hope, toward the new.  Keeping focused on good will to all is quite frankly the same attitude in a 401k meeting which I have been doing for 23 years.  401k education meetings are supposed to be easy to understand, quick and not offensive.

These 401k participants I am trying to get excited about saving for their retirement come from all nationalities, sex, religion and political opinion.  My job is to increase participation, get employees to save more and make sure that the 21 year old kid is not putting all his money in the money market fund.  But, now the DOL wants me to bring sex, politics and religion into my 401k enrollment meetings.  Believe it or not, a new rule from the Department of Labor encourages you to heat up the enrollment meeting and bring sex, politics and religion into the meeting and get employees turned off.  It's called WOKE investing and you may already have ESG in your 401k plan without you even knowing it's in your plan.

So, why would any 401k plan sponsor that decides on what 401k vendor and mutual funds should be in their 401k allow an investment to be in the plan that may go against their best interests?  Here in Oklahoma we are an energy rich state.  And, believe it or not many Oklahomans may be unknowingly investing in companies that may be trying to destroy their own livelihood.  The WOKE investment has creeped into the mutual fund business. But, it's not just funds aimed at the energy business.  It's in other funds that invest in other sectors.  Yes, the same leftist philosophy that is attempting to tear down our educational system is trying to do the same to the investment world. Which means, many Oklahoma 401k participants may be unknowingly investing in companies that are against their best interest. In the past 2 years I have detected a pernicious trend by some of the nation’s largest mutual fund companies to adopt ESG investing that considers companies based on fashionable criteria like environmental, social and governance measurements and then slip them into 401k plans all across America. Target-date funds are a great example. BlackRock, Vanguard, and State Street are America’s top three shareholders in a startlingly large number of the world’s largest and most influential companies. And many Oklahomans—like the rest of America—invest in their mutual funds. The last time I looked there were over 6,000 401k plans sponsored by employers in Oklahoma. These fund companies have for a long time used their dominance in passive investment funds to force corporations to comply with their ESG goals that may make them less profitable.

When a mutual fund manager uses your money to advance a hidden agenda, it may represent a fiduciary breach. How do ESG funds use your money to promote their political agenda? When you invest in, say, a BlackRock fund, you own shares in the fund, which in turns owns stocks. Formal ownership of a company share gives BlackRock a vote in elections for the board of directors and on resolutions governing corporate policy. The three biggest fund managers BlackRock, Vanguard and State Street manage a combined total of some $20 trillion in assets. Recently their combined holdings of ExxonMobil (890 million shares) back in 2021 backed a slate of new ExxonMobil directors put forth by a tiny activist fund manager Engine No. 1 which had only a million shares and a toxic green agenda. Their green agenda masqueraded into ESG policies were in direct conflict with management that run ExxonMobil day to day. It’s not all bleak, though, for 401k investors. There are new choices coming on the horizon. Enter Vivek Ramasawamy, who the Wall Street Journal recently labeled, “a 37-year-old wunderkind.” An Aug. 13, 2022 opinion piece in the WSJ detailed how he has formed an alternative investment company that offers non-WOKE agenda funds. STRIVE Asset Management was born with a mission to “restore the voices of everyday citizens in the American economy by leading companies to focus on excellences over politics.” His alternative? The Strive U.S. Energy ETF (ticker DRLL), began trading in August on the New York Stock Exchange, where Ramaswamy rang the closing bell. DRLL is an alternative for BlackRock’s ETF iShares U.S Energy ETF (IYE) with, believe it or not, a green agenda. Most ESG funds are easy to spot and are typically labeled ESG. My Oklahoma City-based company, Ok401k, as a Registered Investment Advisor (RIA) serves many companies in the oil and gas industry that produce cleaner and more carbon friendly energy than the current countries that produce dirty high-carbon energy the Biden Administration wishes to buy from. These overseas countries are bad actors, terrible environmental stewards and happy to destroy the Sooner State and America’s way of life. 401k sponsors need to be aware of these fund companies that are adopting ESG. Think of the ambiguity of these companies’ agenda. BlackRock Chairman of the Board Larry Fink seems to penalize America’s energy industry and embrace China, the world’s largest carbon emitter and a country that can count Uyghur genocide among its many crimes against human rights.

The state of Texas has woken up to the threat. Texas Attorney General Ken Paxton joined AGs from 18 other states in a letter to Fink challenging his company’s reliance on Environmental, Social, and Governance investment criteria rather than shareholder profits in managing state pension funds. “ESG goals, while ostensibly well-intentioned, make little economic sense, and have a direct adverse effect on Texas’s oil and gas economy and state pension fund performance. BlackRock’s actions may also violate state and federal law,” the letter stated. Be careful Oklahoma and America. Get AWAKE on WOKE investing. Know what you invest in.